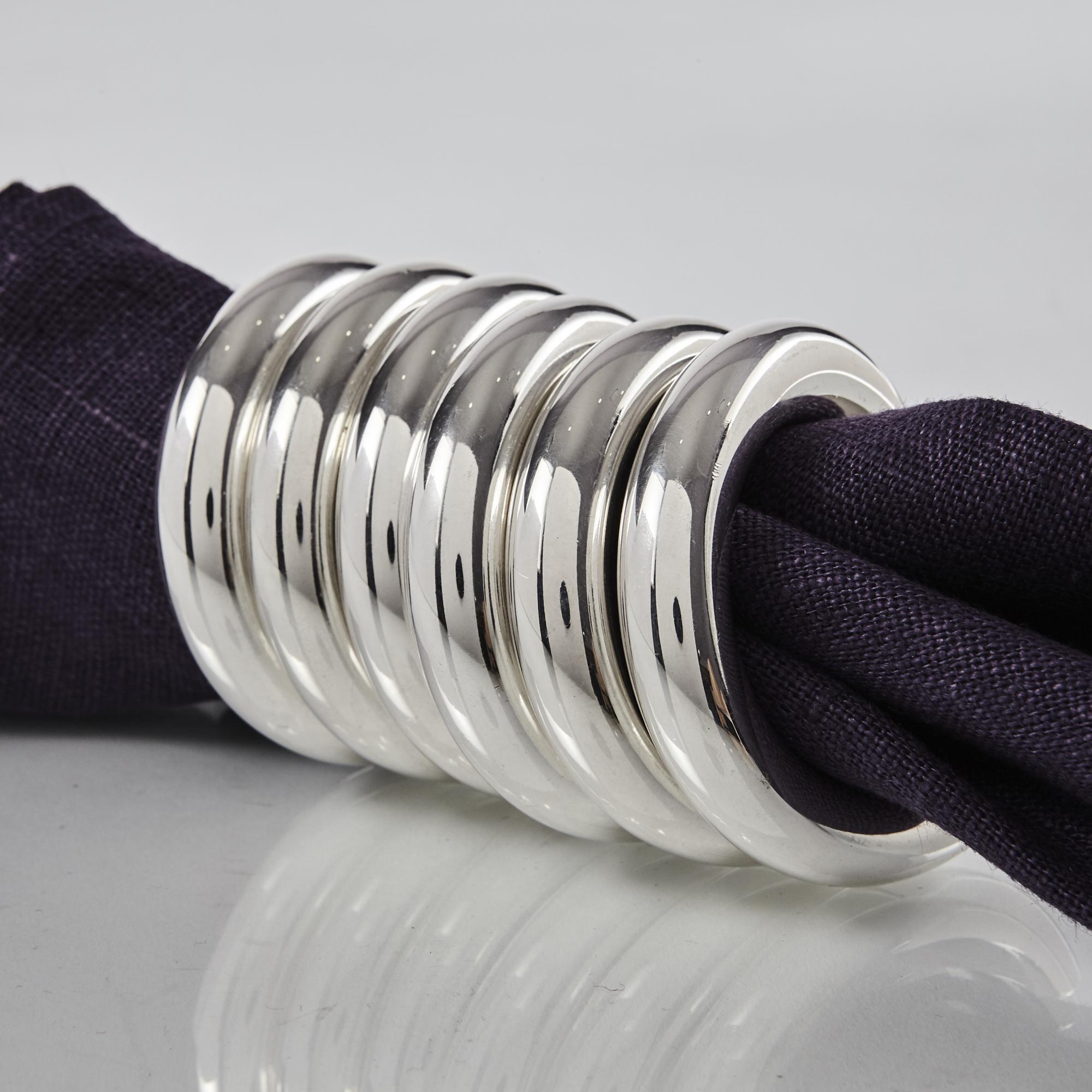 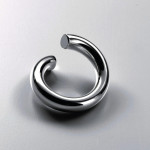 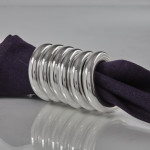 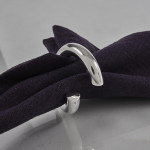 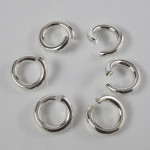 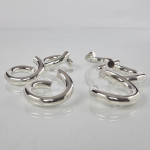 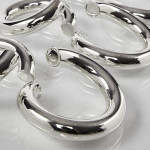 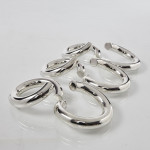 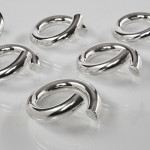 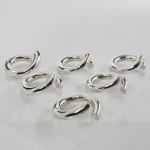 Set of six stylish contemporary silver napkin rings. Born in Malta but now living and working in Milan as a furniture designer, Gordon Guillaumier conceived this simple silver napkin ring for Milan silver manufacturer, De Vecchi. Looking like the open link of a chain, each ring has a strong creative impact and is beautifully stylish on a crisp linen napkin.

Their primary purpose was one driven by hygiene. Napkins were not washed every day so a personalised napkin ring would assign a particular napkin to an individual. Curiously, etiquette ensured that guests were never presented with a napkin ring; it would imply they had been given a previously used napkin.

Typically made in pairs or sets of four, six or 12, silver napkin rings provided an extra opportunity to decorate the dining table and silver was the perfect material. (Incidentally, silver also has antiseptic properties.) Silver's malleability meant it could be fashioned into different forms and embellished in fine detail to produce some very fine examples reflecting the styles and fashions of the day; from the simple to the very elaborate displaying intricate chased designs and stylised engraving.

Not all napkin rings were circular. Square, elliptical and hexagonal examples are not uncommon, while figural silver napkin rings were very popular in America, depicting all sorts of forms including dogs, cats and horses.

Sometimes referred to as a christening bangle, from their arrival, napkin rings have traditionally been a popular christening gift, and for weddings too.