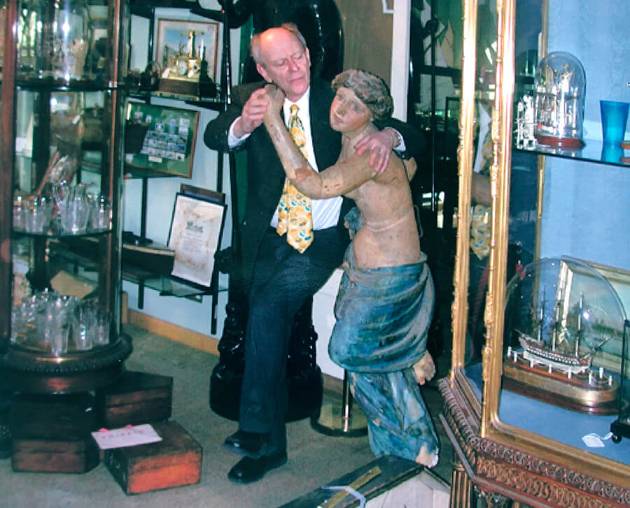 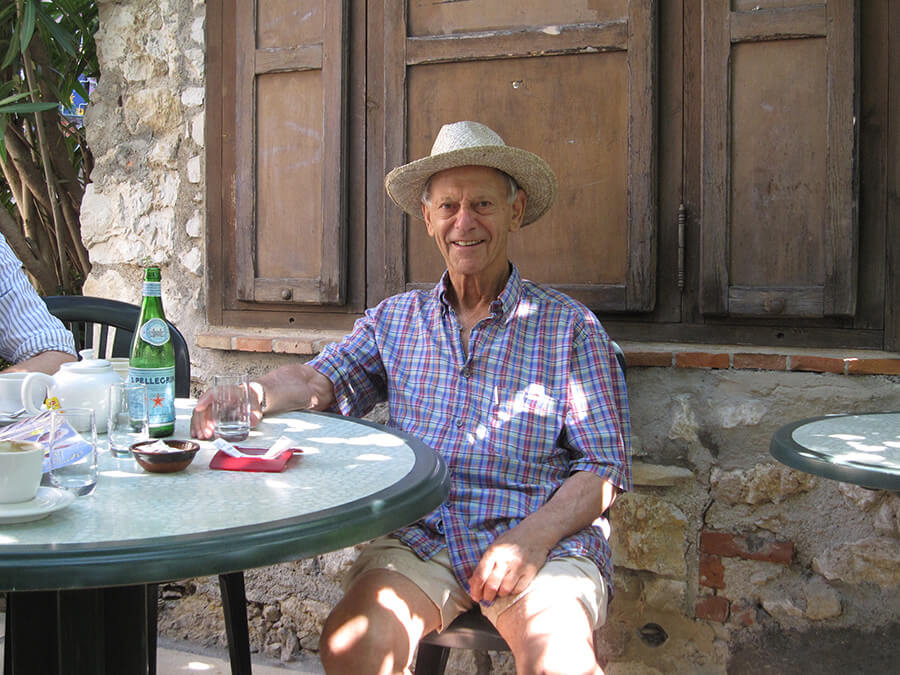 Laurie was born under the sound of Bow Bells, one of two sons to Lou and May Langford, founders of The London Silver Vaults in Chancery Lane, and went on to become the foremost dealer and expert in the field of antique ship models and maritime paraphernalia.

He often joked, “I am a world leader in a market of one”.

In his teens and before any thoughts of working life, Laurie’s lottery number came up and he was conscripted to become a Bevin Boy and work in the during WWII.  But in 1945 he was quickly drafted to join the occupying forces in Germany, promoted to corporal and appointed gunner on a Bren Carrier, all in quick succession.  During this hectic period, as an enthusiastic boxer he also became the regiment’s boxing champion.Laurie started his career as an antique silver dealer back in the 1950s, joining the family business along with his older brother, Barry.  Langfords Silver Galleries and its manufacturing and repair workshops was in Charterhouse Street by the jewellery quarter, Hatton Garden.  But Laurie quickly wanted to break free and started his own business in Windsor, where American visitors were aplenty.  When his father died in 1962, he re-joined his mother running their three shops in Charterhouse Street, Chancery Lane and The London Silver Vaults. 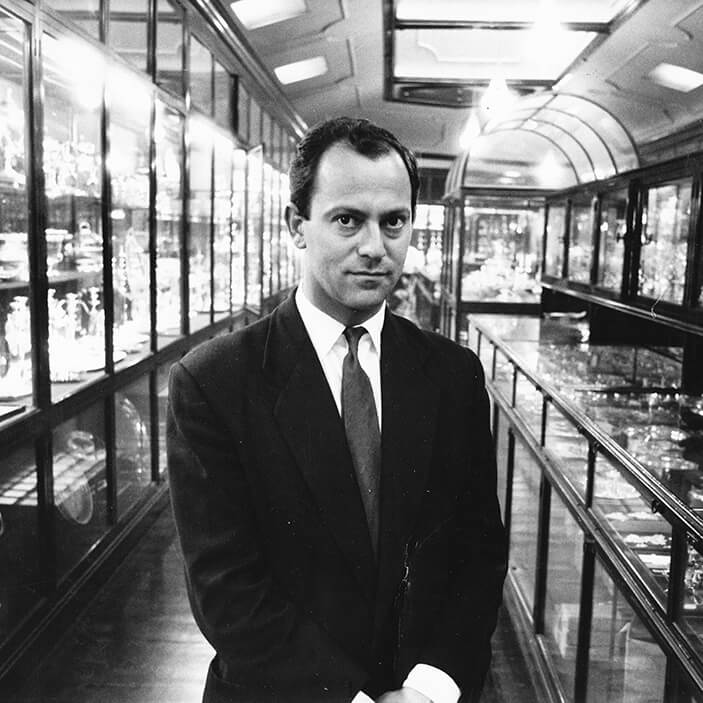 In the late 1960s Laurie started Carnaby Market, off Regent Street in London, with traders’ indoor stalls selling everything from antiques to fashion, and to attract attention he erected an enormous statue of John Bull at the entrance.

It was also in the 1960s that Laurie’s business career did an about-turn after discovering a new passion – a niche that was to become the great love of his life – other than his wife and family.  Model ships and marine antiques.  A natural salesman and deal-maker, his entry into this field was accidental.  When at Langfords Silver Galleries, he was offered a mirror-backed ship model with silvered fittings to part-settle a debt, and was smitten.  At the time there was no market for shipyard models and they were often discarded when a yard closed.  Small ads quickly unleashed a torrent of superb and rare models which required more space than the silver gallery could offer.His collection quickly grew to include rare late 17th and 18th century British dockyard models; large numbers of Napoleonic prisoner-of-war models made from wood, ivory and bone, with rigging of silk and sailors’ hair, which sold to local British collectors who gathered at the prison gates; shipbuilders’ models from the mid-19th century to the Second World War, ranging from tugs, dredgers and trawlers to cargo vessels, passenger steamers, private yachts, corvettes, battleships, cruisers, torpedo boats and destroyers.

Many of the major shipping lines were disposing of fabulous models that in their heyday, in the early part of the 20th century, would have cost thousands of pounds to make by the professional model makers of the day.  Laurie was able to acquire these from the likes of Cunard for almost nothing.

While family and friends thought he’d taken leave of his senses, Laurie and Janey created the modern market for ship builders’ models.  In what proved a typically canny move, he bought two units in a new development on the Kings Road and opened Langfords Marine Antiques which became one of London’s most iconic galleries where it quickly became the place to buy and sell marine ship models, connected art and artefacts.  Their success was in no small part due to the charisma and enthusiasm of Laurie, who had honed a superb eye for the very best builders’ models, and which had been long ignored by the wider marketplace.

There was no customer parking or tube nearby but this did nothing to discourage the world’s millionaires, billionaires, national museums, auction houses and numerous collectors beating a steady path to their door – with experienced visitors deftly avoiding a small step just inside the door to which Laurie had thoughtfully applied a brass plaque inscribed ‘Trip Here’! 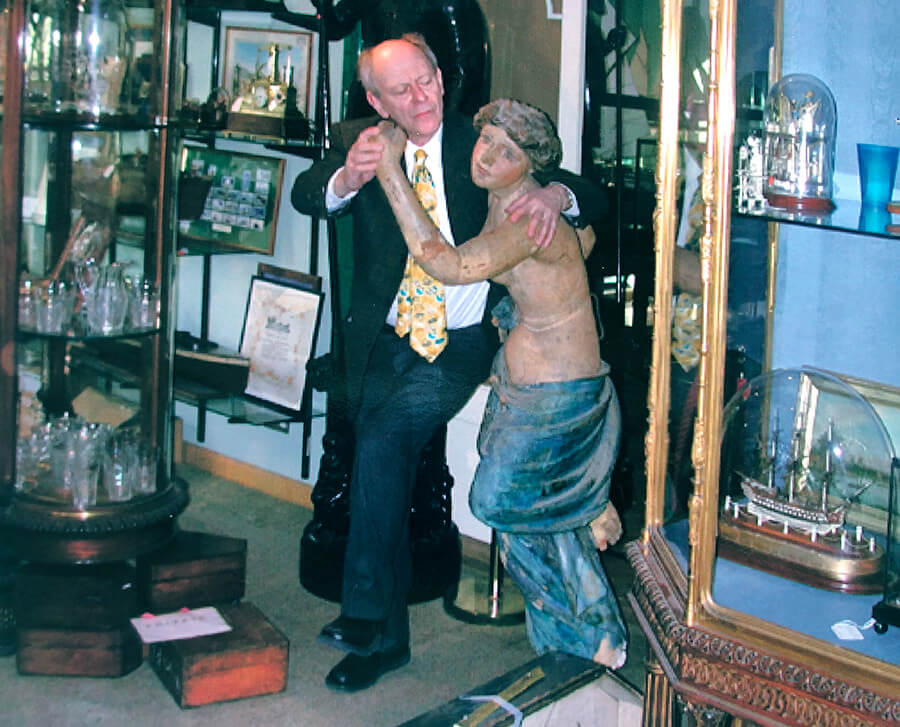 Over the years he amassed a private collection with few equals, but few were ever granted access to see it.  Laurie loved the models so much there were occasions when he couldn’t part with one, and he was known to refuse to sell pieces no matter how high the price on offer.  One customer would cross the Atlantic in his private jet if he heard Laurie had acquired a new ship; but sometimes he had to leave empty-handed and his bank balance intact.

With clients among the wealthiest men in the world, Laurie’s models definitely fell into the big toys for big boys category.  Perhaps his favourite project was helping Lord Thomson of Fleet establish The Thomson Ship Model Collection in Canada, considered to be one of the finest private collections of ship models in the world.  Spanning 350 years, the models combine exquisite craftsmanship and maritime technological and cultural history, most of them having been provided by Laurie Langford.

Given his close involvement and contributions to maritime culture, Laurie was immensely honoured and proud to be invested as a member of the Worshipful Company of Shipwrights, and by dint of that membership he was also a Freeman of the City of London.

Laurie was immensely well-liked within the trade and became a popular character in the auction rooms, injecting a few japes from time to time by waving a variety of amusing alternative paddles, the funniest being very noisy model a yapping dog.  The larger auction rooms developed specialist sales from 1986 and these peaked in the mid-nineties with five sales in London alone, none of which would be complete without Laurie seated in the front row loving the thrill of the chase.  His enthusiasm was so great that on more than one occasion he bought his own stock back again having forgotten he’d submitted it for sale!

A great raconteur, he was a fount of hilarious stories and revelled in those told by return.  He made an amiable and entertaining speaker, his lectures and talks on silver - initially to American officers based in the UK after the War - were legendary; not so much for their historical and academic content, but for his brilliantly funny way of presenting them. 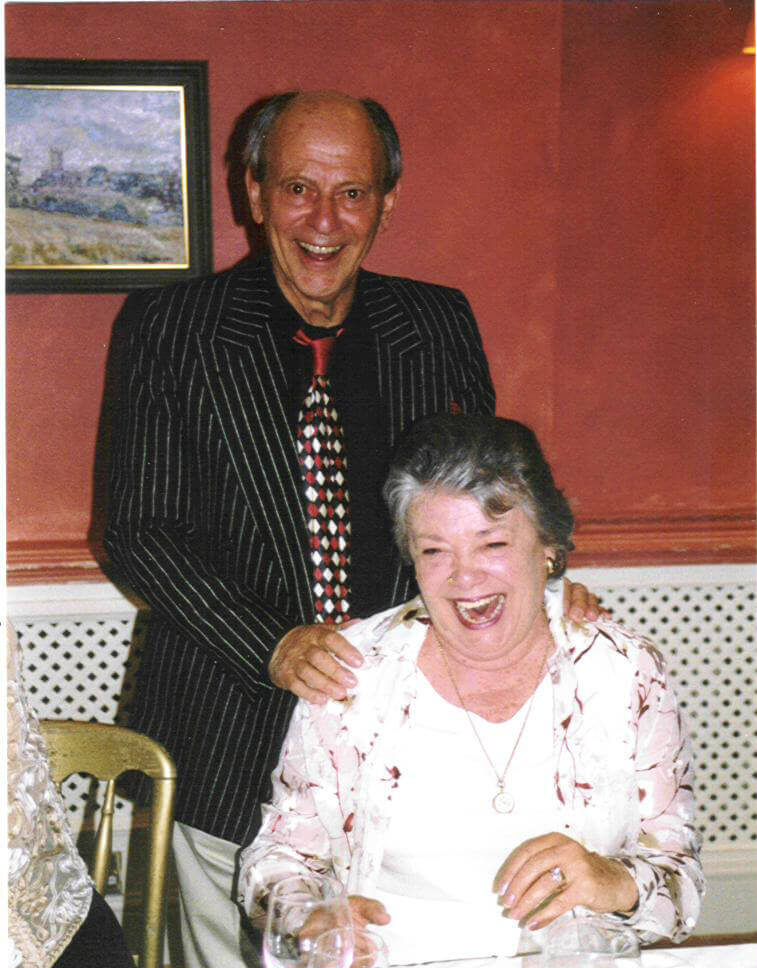 With Laurie’s passing, London and the marine field as a whole, has lost one of its great characters and friends.  Old sparring partners, who nearly always came off second best in the rooms, will have cause to reflect and mourn the loss of a true dealer, collector, connoisseur and so very much more.  He, like his famous gallery, will be greatly missed.

And what of the silver business?  It was taken over by us, two of Laurie’s sons, in 1989 and still run a successful business in The London Silver Vaults.