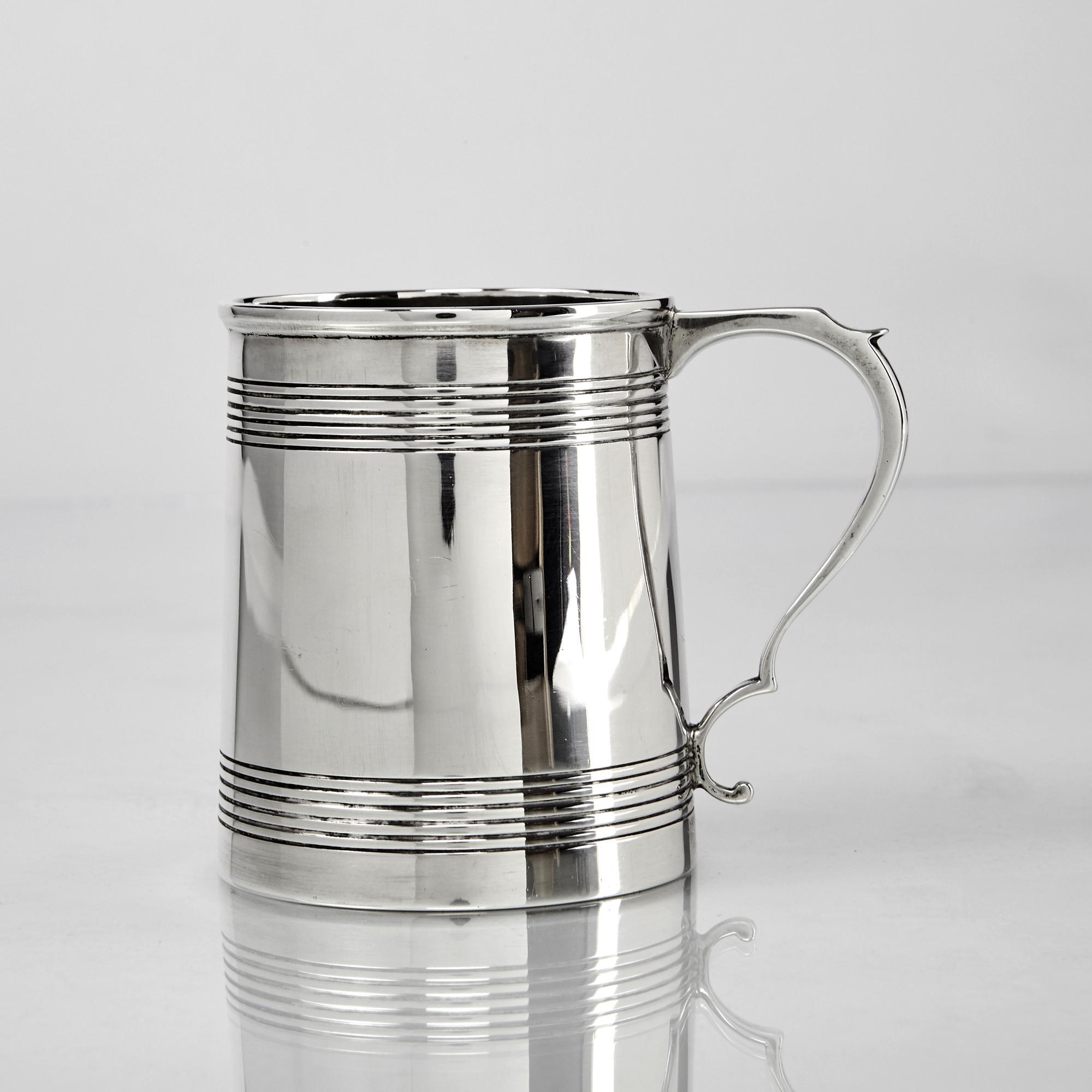 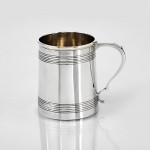 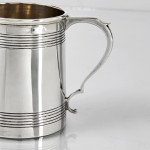 Good quality Edwardian silver child's cup in the style of a George III piece typical of the 1760s. The body is hand engraved with two sections of horizontal banding and the sweeping handle is cast and applied.

An ever-popular christening gift, children's silver mugs have been around for several centuries. A lidless drinking vessel with a handle, a silver child's mug was traditionally used for serving hot drinks. Although many were made in pewter, silver was the preferred material because it kept the drink hot and did not taint its taste.

Although mugs have been made in a range of graduated sizes (gill, half-pint, pint and quart being the most popular), small mugs were made specifically for children. Some 18th century boarding schools listed a mug as a mandatory item that a boy should take to school.

Most early examples of children's mugs are of a plain baluster shape, designed for their sturdiness and practicality, and in the 1760s a barrel-shaped design appeared, often simply decorated with engraved hoops.

Although Art Nouveau and Art Deco silver children's mugs can be found, most made in the 20th century are recreations of popular styles of the past.