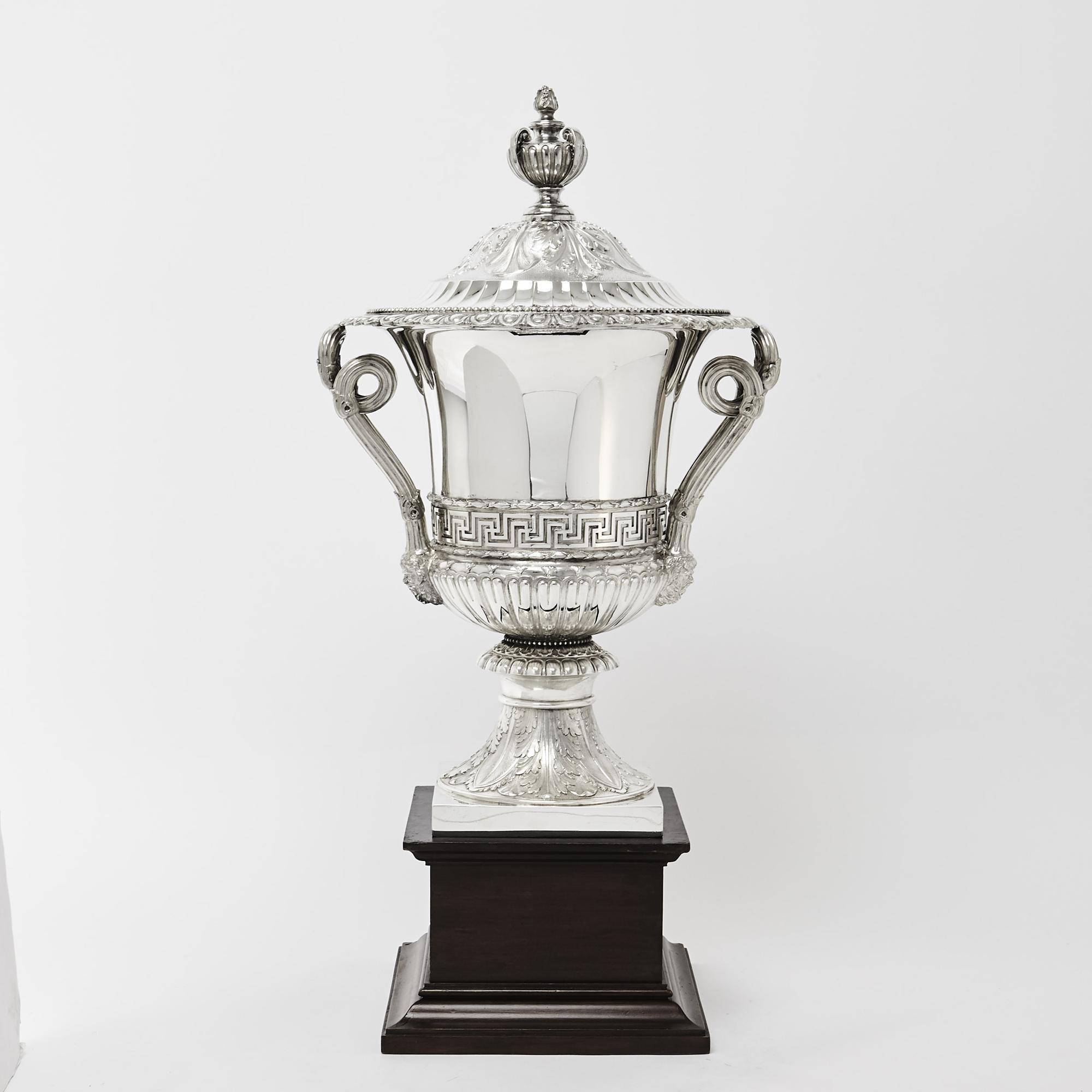 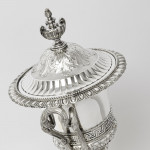 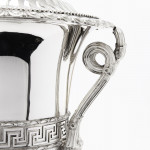 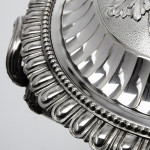 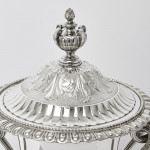 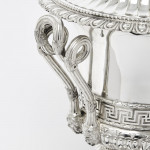 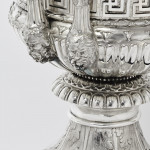 A beautifully made silver cup and cover in the George III style. The campana shaped body is finely hand-chased with a band of stylised Greek key decoration above a fluted section, mounted on a square foot with chased acanthus leaves. The handles are twisted reeds ending in cast heads and the removable lid has acanthus leaf detail above a band of inverted fluting. It is surmounted by a cast urn-shaped finial.

The height shown includes the cup's original square plinth. Without that base the cup stands at 460mm (18"). Both sides of this silver trophy are plain and can be engraved with an inscription, while silver plaques can be added to the plinth to allow for further engraving such as winners' name.

The word trophy, coined in English in 1550, was derived from the French trophée in 1513 - a prize of war. In ancient Greece, trophies were made on the battlefields while the Romans built magnificent trophies in Rome, including columns and arches and huge stone memorials.

While trophies have marked victories since ancient times, today a trophy is a tangible, durable reminder of a specific achievement, and serves as recognition or evidence of merit. Trophies in the form of silver chalices, or two-handled cups, are popular items presented to winners of sporting events and include some of the world's most famous trophy cups: The FA Cup, Wimbledon Trophy (two-handled cup), Webb Ellis Cup, Ryder Cup and the British Grand Prix Trophy.